UnGoogle: The Right To Be Forgotten 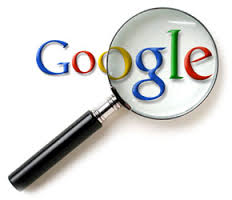 If somebody asked you to describe yourself, would your answer depict the equivalent of what Google would have to say about you?

It’s always going to be a heated talking point when two major organisations come head to head; in this case, the European Court of Justice, Europe’s highest court, and the tech king that is Google. In this way, it can become easy to forget that a dominant force like Google is even legible to come under mass fire and criticism.

More of our personal history than we care to habitually ponder exists on Google databases and, as any recruiter can tell you, it is the online face that you show to the world, whether it encompasses a full and correct portrait of you or not. Search engines are familiar with your location, previous messages and communication, photographs, internet searches, videos, interests, average spending and even your voting habits.

The significance of this selective profile can often be distorted by a lack of context, though. In real life, information sediments over time, allowing people to move on and become unburdened by past events that now lie devoid of purpose, but computer technology doesn’t quite allow for the same natural and humanly process. This was the foundation for Gonzalez’ small but critical battle to constrain our digital identities, habitually lost to corporations, governments and each other. Whilst it’s an oddity that we can rely on the internet for ‘truth’ or ‘history’ or ‘memory’, it’s elusive to ignore that Google’s commercially prioritised list of an imperfect collection of digital traces still has responsibilities to be held accountable for. 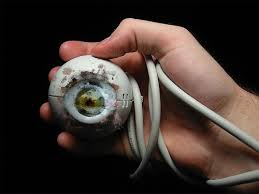 Generally, the European Union’s data protection laws are designed to protect the integrity of information about people. ‘Outdated’ or ‘invalid’ information is not as such a new phenomenon. For instance, if a credit scoring agency has wrongly disclosed information about you, you can legally challenge this and demand that they make it right and just. A longstanding principle also lies in UK domestic law under the Rehabilitation of Offenders Act 1974 that after a given period of time, some criminal convictions are considered to be ‘spent’ and need not to be referred to in job applications or civil proceedings. However, Europe decided that with the increasing expansion of data retention, this idea ought to be extended. It is interesting to note that the US, by contrast, upholds that everything should be held potentially publishable, as embodied in the First Amendment regarding the infringement of freedom of speech.

The case at hand was brought by a Spanish citizen, Mr Costeja Gonzalez, after he failed to secure the deletion of an auction notice. His home had once been repossessed, dating back to 1998, but since his house had long been auctioned to recover his social security debts, he argued that he had resolved the issue and so this should no longer be linked to him in pertinent Google searches. As such, the EU court has now backed the ‘right to be forgotten’. The term was previously coined in the EU data protection Directive, but was reiterated in this case to enforce that Google must erase ‘inadequate, irrelevant or no longer relevant’ data from results, when a public member requests so.

The ruling applies specifically to search engines and not to journalistic endeavour. Hence why, even though technically the original content in this case was published in a Spanish newspaper and later republished on the internet, Google is being hit to delete the content whilst the newspaper in question comes under the bracket of being regarded as “media” under EU data protection law. (Google has explicitly opted out of being described as a “media” company.)

Judges found that if an individual desires links on search results to be removed on the grounds that they wish related pages to be forgotten after a certain and sufficient amount of time, then this is approved given that this information becomes incompatible with existing data protection laws. In other words, data has to be erased in light of the time frame that has elapsed, if it is now excessive, unnecessary and irrelevant. The ruling added that this could include data that was once accurate and lawfully published, but over the course of time has become incompatible with the data protection Directive.

Google has argued that they are an index for online data and should not have to act as a censor. They added that there is a misconception that Google didn’t allow for deletion before, even though they have removed data, particularly regarding copyright violations and previous criminal convictions. They similarly motioned that this legal transition raises queries over removals of information held by companies whom are outside of the jurisdiction and thus not bound by its statute. Nevertheless, Google has agreed to cooperate accordingly post – ruling, and have stated that they now need to take the time to analyse the implications. Unsurprisingly, requests are now piling in to Google.

Indeed, further arguments have been put forward, regarding the negative or contradictory implications of this case. Firstly, people worry that this sort of data protection will collide with the value of freedom of expression and freedom of information. Thus, some careful boundaries must be put in place as to balance mutual interests.

There’s also confusion as to the practicality of the ruling. What if the individual inviting deletion is an individual that’s involved in the public eye? Should they be subject to the same statute, disregarding their social status? Public interest demands that relevant information remains accessible, which is the reason for why information about politicians, public officials, criminals and professionals (including negative reviews) is rightly and readily searchable. But distinctions as to what is in the ‘public’s interest’ are regularly not as straight – forward as they may appear. A line must also be drawn between the right to be forgotten and the right to privacy; whilst the right to privacy constitutes of information unknown or which shouldn’t be known to the public, the right to be forgotten contrastingly is information that was publically known once but should now not be acknowledged or utilised by third parties.

Further, it has been contested that we are often irresponsible, unsophisticated and over – trusting in what we disclose online. Therefore, this ruling may take the onus off of individuals whom ought to assert more personal responsibility, autonomy and control over their online activity. Then again, this wouldn’t apply to circumstances whereby the distribution of sensitive information is being involuntarily revealed by third parties and not by ourselves or the person it circulates. Surely everyone should be entitled to make mistakes without someone being able to research it, to a certain extent? Moreover, the ruling has been dubbed the ‘right to silence pasts events that are no longer occurring’, but is this actually just allowing people to rewrite their histories and fool others? 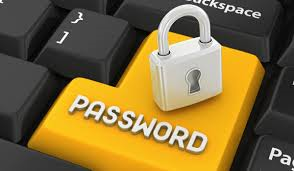 Clearly, despite the possible repercussions, the judgment has meant some alterations to the modern technology industry. With billions relying on Google’s usage, these legal implications will inevitably stem down into many coordinating companies. The Ministry of Justice claimed that Europe’s commissions’ proposals could cost British businesses huge amounts, including many leading data and tech firms.

Subsequently, other search engines are affected if they complete business in Europe (eg. Yahoo and Bing) and it has been recognised that a search engine must be treated as a ‘data controller’ under data protection laws in all EU member states. In regards to this, data protection lawyers have said the decision means that Google can no longer be regarded as a legally “neutral intermediary.”

This doesn’t mean that Google’s index will be emptied. The ruling is very carefully phrased; someone who wants information about them taken out of the index will have to apply to Google, then it is up to Google to weigh up whether it’s in the public’s interest for that information to remain accessible. Even post – deletion, this will often mean that the information is still out there somewhere; somebody just needs to quest a little deeper and longer to source it.

Despite allegations and concerns that Google will adopt a much ‘broader interpretation’ of the ECJ ruling than required (watch this space for whether that’s validated or not), a clear victory has still been achieved regarding the protection of personal data for Europeans. Mr Costeja Gonzalez’s legal success vs. Google marks the right to try to define what our public, online personas look like. There’s an urgency for search engines to act more intelligently, with the command of empathy and respect that individuals would employ in real life when hoarding sensitive information. The point of having rights against search engines is not as such to manipulate memory, however, to make it less prominent when justified. But, having already given a frightening amount away, how much can we realistically retract?

Next Article
A Gender Agenda - Championing Diversity at Work