Previous Article
This Valentines... Make a Date with our Career Cupids 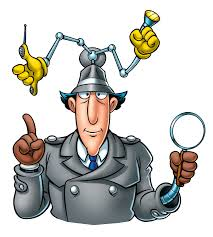 – An Analysis of Radio Frequency Identification.

“How cool would it be if you could gain access to areas and pay for things, all at the wave of a hand?” That’s exactly the cognitive process that a Swedish company has recently acted upon; Epicenter, a hi – tech office block, are trialling this approach by implanting RFID (radio frequency identification) chips in to their employees, subsequently stripping them of the need to tap in passwords and activate office café payments with the usual debit card.

The FDA first approved implantable microchips in 2004. At a very basic level, they are designed to store personal information which can be readily transmitted over short distances to special receivers. RFID chips can already be located in contactless cards, including the Oyster card, which is issued to those whom habitually utilise the London Underground System.

Supposedly easy to install in to the body and indeed remove from the body, with the insertion at no greater level of pain as having an injection, the possibilities of said implants are overwhelming and bypass the advantages simply as an employee. Should RFID chips advance and introduce themselves in to everyday modern society, they could gain you entry in to buildings or on to a bus. They could replace your debit and credit cards. They could transmit your identity as you walk into a sporting ground or security checkout. Much like Inspector Gadget, at the swish of a limb, you could activate whatever you need at that moment in time. “Go – Go – Gadget – Chips!”

Inspector Gadget was a children’s cartoon, and was based around the idea of a human being with various bionic gadgets built into his body.

Consequently, they could allow for individuals to carry much fewer possessions upon their person. In the near future, this microchip system could replace the requirement for house keys, car keys and all other essentials; an unobtrusive chip implanted in to your hand as small as a grain of rice would be all you needed for the practicalities of the day ahead. Furthermore, it’d eradicate the pragmatic dilemma when it comes to forgotten passwords.

The advantages of such a system has even been extended to tracking those on parole, having recently released from prison, as well as to those who suffer from physical disadvantages; amputees, victims of paralysis and those bound by a wheelchair are just amongst a few who could quite obviously easily benefit from contactless operations.

It has also been said that, in the long run, the installation of microchips could be less intrusive than physical biometrics that are already in place, including fingerprints and retinal scanning. 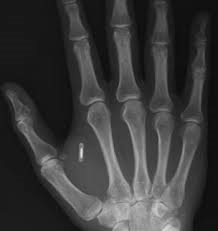 However, one of the most important reasons for why this technology is being explored is said to be a pre – measure to prospective Government policies; the objective is to test it and gain knowledge about it, before the State implements it. After all, knowledge is power!

Nevertheless, whilst they’re rather impressive technological advancements, ultimately there are various implications as a result of the use of microchips. This includes logistical limitations. For example, having all of your information stored on one chip could pose as a serious hacking risk, but having multiple chip implants for different applications may result in chip clash, not to mention a nuisance to have inserted.

Another argument is made about the novelty of such software. Is there a sense of laziness over practicality, that’ll very soon wear off, like the shiny, new toy in the playground? Is it worth the costs, both financially and in time and efforts, just so that you are able to ‘magically’ glide through electronic doors? Parallel to this, such a system usually only works at short ranges. If the Government ever coined an employee system whereby they could track people anywhere and at any time, this’d require a huge network of scattered transponders to pick up frequencies, resulting in a giant Big Brother Arena. In a country that is already coated in CCTV cameras and computer monitoring, is this something that we really want to allow the gates to open for?

Of course, there are ethical and cultural considerations to be made, also. Individual freedom is called in to question when you can potentially be continually tracked via an internal foreign object. Is it fair to subject humans to the same microchips that are used in our household pets? Additionally, there are privacy objections and debates made as to whether we will really know the extent of the information that is being stored and that we are carrying daily.

The safety of individuals could also be disputed. Whilst some specialists say that chips would fight crime by reducing ID theft and fraudulent activity, others contend that if you’re carrying an implant with all of your information upon it, this leaves you vulnerable to criminals whom will be more than happy to, quite literally, cut it out of you.

Experts are divided on the rationality of such tech in human beings. Micro – chipping your staff is indubitably an intriguing proposition that could rapidly take commonplace and soon, with huge scope for development within many sectors, but it could also be seen as opening a large can of worms. Why not just tattoo a barcode upon our chins?

Next Article
UnGoogle: The Right To Be Forgotten