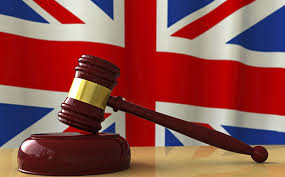 This April, a number of changes have taken place, or are scheduled to take place, within Employment Law. In particular, there is a concentration on Parental Leave amendments.

Make sure that you are up to date with our guide below.

Shared Parental Leave became available to parents or children due to be born or placed for adoption on or after 5th April 2015.

Shared Parental Leave Pay came in to force alongside the SPL provisions. This is paid at the statutory rate.

Statutory Maternity, Paternity, Adoption and Shared Parental Pay increased to £139.58 per week. This is an increase from the previous rate of £138.18 per week.

The right to take (unpaid) Parental Leave has been extended. Previously, this was only available to parents of children up to the age of 5 (or 18 if the child was disabled.) It has been extended to allow all parents with the relevant qualifying service the right to take a total of 18 weeks parental leave per child up until the child’s 18th birthday. An employee requires to be employed for at least a year to qualify.

The Shared Paternal Leave and Paternity and Adoption Leave (Adoption from Overseas) Regulations 2014 came in to force. This entitles couples who are adopting a child from outside of the UK the right to Shared Parental Leave and Pay.

The Paternity and Adoption Leave (Amendment) Regulations 2014 came in to force. These Regulations remove the previous 26 weeks’ service requirement before employees are entitled to Adoption Leave. The rate of adoption pay has also been increased to 90% of the employee’s normal weekly earnings for the first 6 weeks, bringing it in to line with standard statutory Maternity Pay.

New adoption rights under the Paternity and Adoption Leave (Amendment) (No. 2) Regulations 2014 extended the current rights to Adoption Leave to individuals fostering a child under the “Fostering for Adoption” Scheme.

The Children and Families Act 2014 permits parents who have a child through a surrogacy arrangement to take Adoption Pay, Paternity Leave and Pay and Shared Parental Leave and Pay (provided that they meet the eligibility criteria.)

A “week’s pay” increased from £464 to £475. (This is used for calculating Employment Tribunal basic awards and statutory redundancy payments.)

Student nurses and midwives are now included within the definition of a “worker.”

The maximum Employment Tribunal compensatory award cap for an unfair dismissal claim increased from £76,574 to £78,335. Consequently, the cap on the compensatory award is the lower of £78,335 or 52 weeks’ pay, based on the claimant’s gross salary prior to their dismissal. This excludes pension contributions, benefits in kind and discretionary bonuses. However, dismissals for specific health and safety reasons remain uncapped as do dismissals whereby unlawful discrimination has occurred.

The ‘Fit for Work’ service, which’ll provide occupational health assessments and assist employees to return to work who have been absent for four weeks or more, is expected to be fully operational throughout the UK by the end of May.

The two year cap on backdated holiday pay claims raised in the Employment Tribunal will come in to force. This cap only applies to claims raised on or after 1st July 2015. Additionally, the draft Regulations provide for a contractual right to paid leave.

The power of Employment Tribunals to make wider recommendations in discrimination cases will be abolished but they’ll retain the power to make recommendations that benefit the individual claimant. 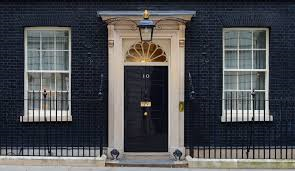 Also look out for:

The Small Business, Enterprise and Employment Act – this came in to force before parliament was dissolved in advance of the general election in May. With the exception of the provision relating to postponements, none of the other provisions are in force yet. How these will come about is dependent on the election results. Some of the key provisions, as things currently stand, are discussed below:

Gender Pay Reporting – By spring 2015, voluntary and private sector organisations will have to report on the gender pay gap within their business if they employ over 250 employees.

Zero Hours Contracts – The Act introduces a definition of a zero hours contract, alongside rendering clauses in zero hour contracts preventing workers from working for somebody else unenforceable. This is not yet in force.

Whistleblowing – The Bill amends the Employment Rights Act to require “prescribed persons” under the whistleblowing legislation to produce annual reports on all whistleblowing disclosures made to them. These reports will not contain the names of those people who have made disclosures.

Repayment of Public Sector Exit Payments – The Bill states that, in certain circumstances, public sector employees can be required to repay some or all of their exit payments. These circumstances include the situation where an employee returns to work for the public sector within a prescribed period.